also known as Tokitae or Lolita

Qwe ‘lhol mechen  means “our relations below the waves.” We recognize orcas as relations. We are working to repatriate the captive killer whale once called Lolita, then called Tokitae, and now given the Lummi name Sk’aliCh’elh-tenaut.  She was violently taken from L-pod in 1970, and has been held at Miami Seaquarium ever since. Lummi Nation is committed to safely bringing her home to the Salish Sea and reuniting her with her mother and family. Two individual Lummi women have invoked the Native American Graves Protection and Repatriation Act (NAGPRA) and have sent Miami Seaquarium a letter of intent to sue if Seaquarium does not agree within 90 days to discuss and work out a repatriation plan. We are working with The Orca Network, The Whale Sanctuary Project and others.

about the logistics of repatriating a killer whale

Who is Lummi Nation and why are you doing this?

Answer: Lummi is a Native Sovereign Nation whose traditional territories include many of the islands and coast of the Salish Sea. Our Reservation is located between Vancouver, BC and Seattle, WA. Signatories to the Point Elliott Treaty of 1855, Lummi has been a fierce protector of treaty rights. Our most recent victories include  stopping a proposal for what would have been North America’s largest coal export facility and forcing a moratorium on Atlantic salmon fish farms. It is our sacred duty to protect the lands, waters, and communities of the Salish Sea. Families are sacred to us, and blackfish are our kin. We have been called to bring Tokitae home. We realize that Tokitae’s story is important, but she is even more important as an ambassador for the Salish Sea. Blackfish are apex predators, and thus are key indicators of their ecosystem’s health. If we are to provide effectively for Tokitae and her family, we must restore the salmon runs and vitality of the Salish Sea. The peoples, cultures, and ecosystems of the Salish Sea are all connected, and they have long suffered the violences and stresses of colonialism. It is our task to work across cultures and borders, to heal the ecosystems, the economies, and communities of all those who now call this place home. We are committed to protecting the lifeways and culture of Lummi, and honoring the larger ecosystem of which we’re all a part. Lummi Nation has formally affirmed the Cultural Significance of the Salish Sea, and calls for its recognition as a cradle of life and civilization that needs to preserved for the peoples who call it home, and for all peoples who call this earth home.

How will you bring Tokitae home to the Salish Sea?

Answer: Scientists working with the Orca Network have developed a comprehensive plan that includes provisions for safe transport to the Salish Sea, rehabilitation, and providing a secure home base from which Tokitae can venture if and when she chooses. As part of our plan, Lummi Nation is acquiring a piece of property on Orcas Island that includes both a protected cove which will be made into Tokitae’s large seapen (from which she can come and go, once she has been rehabilitated) and a salmon hatchery, so that she will never go hungry. This property will also serve as a community resource and cultural center for the Salish Sea. In addition to the salmon hatchery, an old Lummi village site is on the property.  Science, tradition, culture and community will come together to work on restoring the health of the Salish Sea and honoring the sacredness of this place.

You can read a draft of that plan here or at orcanetwork.org.

How much will it cost?

Answer: Phase I of Tokitae’s retirement is covered in the Orca Network’s plan to transport and rehabilitate her. This is a $3.5 million dollar project. Phase II is ensuring Tokitae’s safety and vitality is ensuring the safety, sustainability, and vitality of her new home.  Concerned citizens are contributing resources as they are able to this cause. We are also seeking tribal, State, and Federal governmental grant monies and donations from philanthropic foundations.

How long will this take?

Answer: We anticipate an approximately 12-18 month timeline for Tokitae’s release and transport, followed by rehabilitation by her trainer in her new seapen as necessary.

Who else is involved?

Answer: Lummi Nation is committed to working across borders, and to a spirit of peace and collaboration. We regularly work with other Tribal and First Nations.  We’re also working on this issue with a number of individuals and organizations, including the Sierra Club, The Orca Network, Stand.earth and the Center for Whale Research. Actor Adam Beach, his filmmaker wife Summer Tiger, filmmakers Dennie Gordon and Geoff Schaaf, artist John Ritter (who created our iconic poster/web image!) the Blackhawk Singers, master carver Jewell James and the House of Tears Carvers, and other artists are actively supporting this vision with their time, energy, and work. You, too, belong to our strategic alliance by your willingness to learn about Tokitae, and to support this effort, whether by love, money, or simply spreading the word. 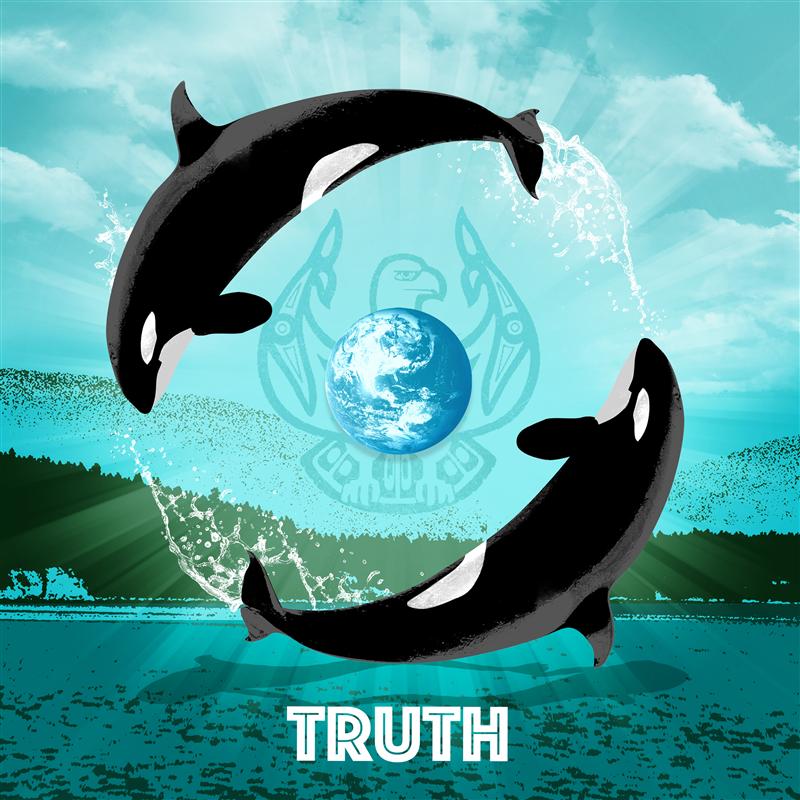 In 1970, a number of baby blackfish were captured from the Salish Sea, the islanded body of water nestled into the coastlines of southern British Columbia and much of Washington State. Blackfish have language, tools, complex social organization, emotions, culture, memory. As the babies were lifted by helicopter out of the water, they and their families shrieked. To this day, the resident blackfish avoid Penn Cove because that’s where their children were stolen.

One blackfish stolen from L-pod in Penn Cove is still alive. She is now 51 years old, and has been held in a tiny swimming pool at the Miami Seaquarium for the past 47 years. She is a revenue stream for her owner, performing twice daily for the public. Her stage name is Lolita, though her trainers call her Toki, short for Tokitae, a Chinook name given to her when she was first captured. Lolita/Tokitae is not only alive, she is strong and healthy. Lummi Nation has been called to bring her home. 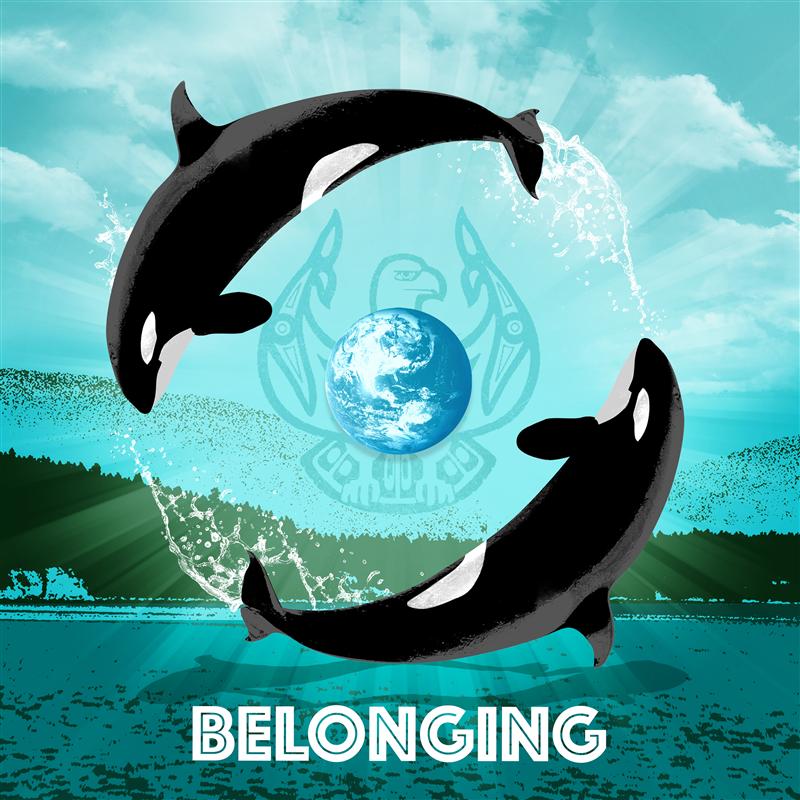 Blackfish, along with salmon, are an iconic species of the Salish Sea. In the Lummi language, the word for blackfish (also called orca, sea wolves, and killer whales), is qw’e lh’ol mèchen. A literal translation of this is “our relations who live underwater.” Lummi tradition acknowledges blackfish as kin. We are family. Lolita/Tokitae belongs to L-pod, she belongs to the Salish Sea, she belongs to our larger sense of family here. She belongs to herself: she has the inherent right to be home and to be free. Repatriating Tokitae is Lummi Nation’s sacred duty. 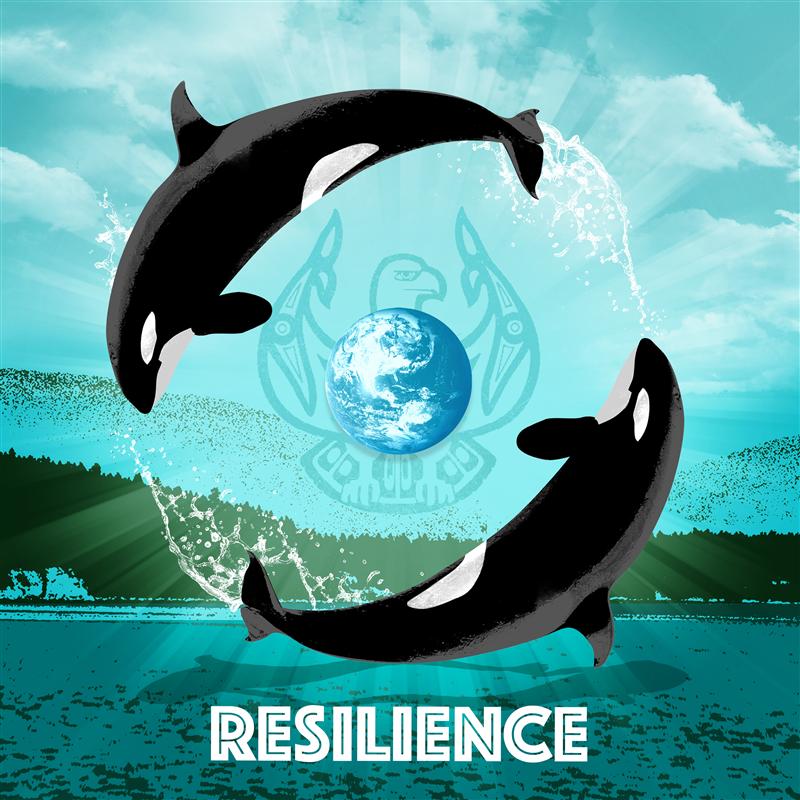 Some think that one reason Lolita/Tokitae is such a survivor is because her tank is a stone’s throw from the ocean. She can hear the waves, and smell the ripe ocean life. She remembers where she came from. Tokitae still sings the L-pod song. Like a person –or a community– that’s seen hard times, she has survived because she knows who she is and she has hope. We recognize that humans and governmental policy allowed blackfish families to be ripped apart, just as humans and governmental policy have allowed human families to be ripped apart. We realize that we must understand the truth and the past, and we must tell those stories, in order to create a healthy future. In celebrating Tokitae’s resilience, we celebrate our own. 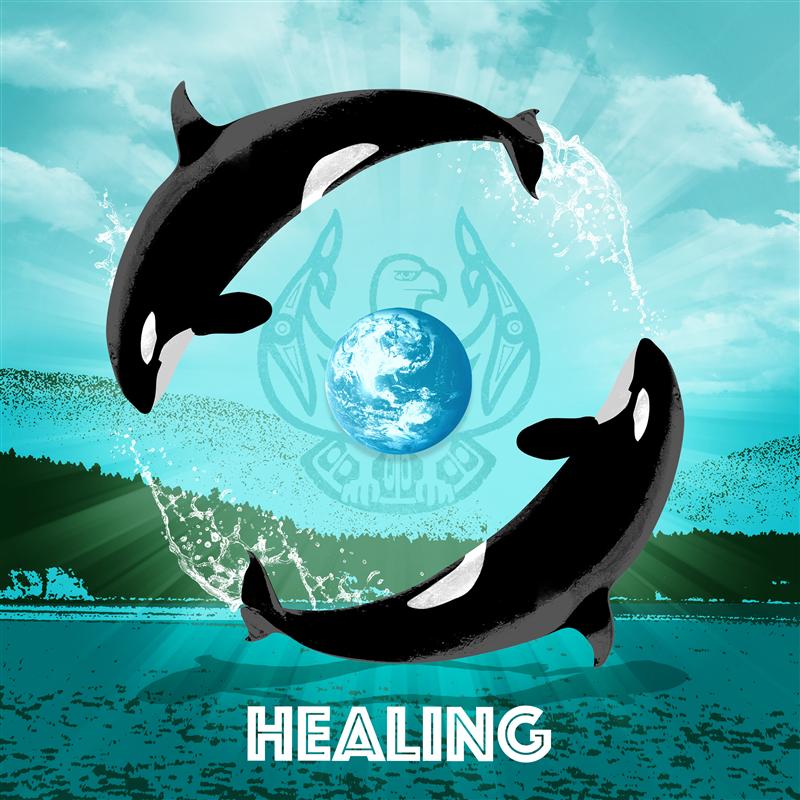 Tokitae is an ambassador of the Salish Sea, and of our efforts to revitalize this sacred sea. By tradition and by treaty, Lummi is a rightful protector of this place and the life of this place. Our effort is about more than a single blackfish, more than a single blackfish family. It’s about healing in different ways. On a practical level, our work includes restoring salmon runs and the Salish Sea so that all of us, as well as Tokitae and her kin, can live in an abundant and vibrant ecosystem. We are committed to protecting the lifeways and culture of Lummi, and honoring the larger ecosystem of which we’re all a part. Lummi Nation’s Salish Sea Manifesto affirms the Cultural Significance of this place, and calls for its recognition as a cradle of life and civilization that needs to preserved for the peoples who call it home, and for all peoples who call this earth home.

Protect and Revitalize the Salish Sea

Your tax-deductible donations will directly fund the Salish Sea Campaign of Lummi Nation's Sovereignty and Treaty Protection Office. We are working to repatriate Tokitae, advocate for our qwe 'lhol mechen, replenish salmon runs, and defend the sanctity of the Salish Sea. Your love will help spread our message. Hy’shqe!