The Sacred Lands Conservancy 501c3 dba Sacred Sea is an Indigenous-led non-profit committed to promoting ancestral knowledge and practices for the protection and revitalization of the the waters, culture, life, and sacred sites of the Salish Sea. 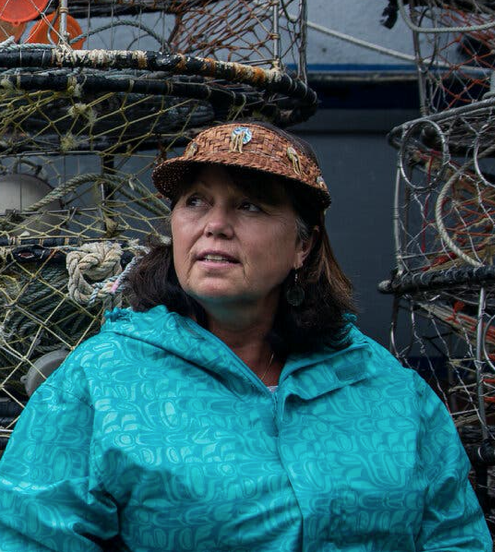 Sacred Lands Conservancy President Tah-Mahs (Ellie Kinley) is a mother, a fisherman, and an enrolled Lummi tribal member. Every generation of her family since time immemorial has fished the Salish Sea. In her work to protect the life and waters of her people’s traditional territory, she has testified before US and Canadian governmental agencies, worked for Lummi Nation’s Sovereignty and Treaty Protection Office, and currently serves as an elected member of Lummi Nation’s Fisheries and Natural Resources Commission. She is a founding board member  and Vice President of the Whatcom Commercial Fisherman’s Association. Ellie is a passionate spokesperson for salmon and qwe’lhol’mechen (orcas), having been a keynote speaker at a number of events, and featured in various media projects. She is co-host of the upcoming Sacred Sea podcast. Photo by Damon Winter for the New York Times “Salmon People” article. 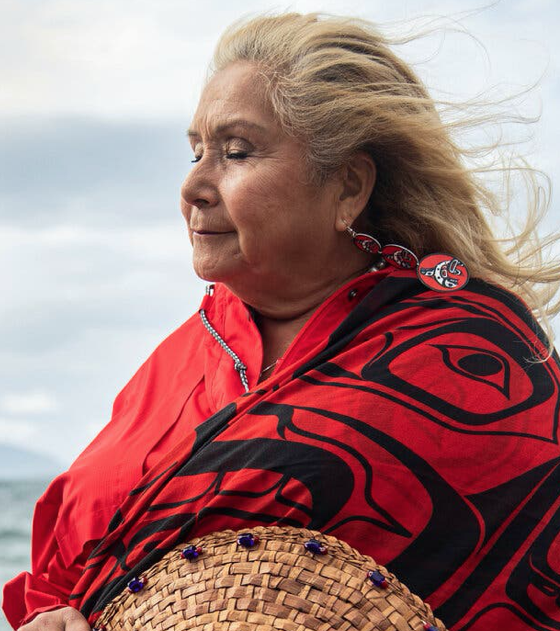 Squil-le-he-le (Raynell Morris) is a mother, grandmother, enrolled Lummi tribal member, and Vice-President of the Sacred Lands Conservancy (Sacred Sea). As Associate Director of Intergovernmental Affairs under President Clinton, Raynell was the first Native American staffer appointed to the White House, and has served as Chief of Staff for the Chairman of Lummi Nation. As the Director of Lummi Nation’s Sovereignty and Treaty Protection Office, she was a key strategist in the successful campaign to block a proposal to build North America’s largest coal port t on Lhaq’temish (Lummi) sacred ground. Her work for Sk’aliCh’elh-tenaut (Tokitae / Lolita) and Xw’ullemy (the waters of the Salish Sea bioregion) is guided by spirit, informed by science, and conducted with heartfelt strategy and compassion.Photo by Damon Winter for the New York Times “Salmon People” article. 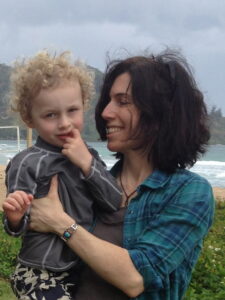 Julie Trimingham is a mother, writer, filmmaker, and communications strategist dedicated to the Salish Sea and to supporting Indigenous and indigenized stewardship thereof. She first became involved with Lummi Nation during the fight to protect Xwe’chi’eXen (Cherry Point) from the massive proposed coal port. Subsequently, she was honored to work for the Sovereignty and Treaty Protection Office of Lummi Nation. She is humbled and grateful to now be Secretary/Treasurer of the Sacred Lands Conservancy, working in support of Lhaq’temish matriarchs Squil-le-he-le and Tah-Mahs, and of the Salish Sea.

Protect and Revitalize the Salish Sea